Keeping to the theme of today, ie. All About Me!!!, here are several quizes that I have done lately. (I’ve fixed the spelling for some of them. I couldn’t help myself.)

Discover your Zodiac Personality @ Quiz Me

Interestingly enough, I actually am a Taurus. I am a fairly typical Taurus, I think. I am a homebody, and happily so. I like material things, and I also like to keep a tidy but homey house. And if there was ever anyone who was stubborn, it’s me. At least about certain things, anyway. 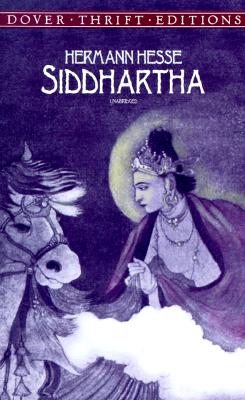 You’re Siddhartha!
by Hermann Hesse
You simply don’t know what to believe, but you’re willing to try anything once. Western values, Eastern values, hedonism and minimalism, you’ve spent some time in every camp. But you still don’t have any idea what camp you belong in. This makes you an individualist of the highest order, but also really lonely. It’s time to chill out under a tree. And realize that at least you believe in
faeries.

Take the Book Quiz
at the Blue Pyramid.

How true… Although lately I have started to cement some ideas, and am not searching quite so much.

You’re a Speak & Spell!! You nerd, you. Just because you were disguised as a toy doesn’t mean you weren’t educational, you sneaky bastard.

What childhood toy from the 80s are you?
brought to you by Quizilla

Whaaa! And I had one of these too! Funny though that my spelling was still awful. But you know what, I liked playing with it! I’m a nerd! 😛

You’re Monet!! Fuzzy and romantic, your art is destined to hang on every college freshman girls’ dorm room wall until the end of time.

What famous artist are you?
brought to you by Quizilla

While I do rather like Monet, the art I prefer is the Pre-Raphaelite style. Which actually hangs in a lot of female dorm rooms too, probably. I’m a romantic at heart, way deep down where hardly anyone sees it.

?? Which Of The Greek Gods Are You ??
brought to you by Quizilla

I suppose not much of a surprise here.

You’re Elemant is Wind. You’re light-hearted, care-free, kind, sensitive, and mysterious. You have friends and most absolutely love you. You can be calm and soothing one minute and ragging in anger the next so no one wants to get on your bad side. You’re beauty is inspiring and magical.

What’s Your Element(girls)? (PICTURES)
brought to you by Quizilla

I don’t think that I am very light-hearted or care-free. I am very kind and sensitive though. As for friends, I have a few and I am very happy about that. I’d rather get to know a few people well then have a large group of friends I hardly know. And a bad side… well, I do have a bit of an Irish temper. 😉

This entry was posted in Memes & Collabs. Bookmark the permalink.